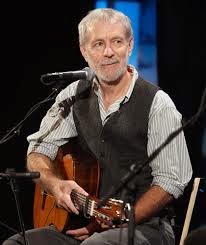 Died: April 11. 2014, Charlottesville, Va.
When the news came of the death of Jesse Winchester, we were both shocked and saddened at our house. When we were in our salad days, we had the privilege of meeting him when he preformed in Aspen, Co., in 1977. His quiet but gentlemanly manner made a big impression on me and he gained my husband’s admiration, as well.
As I worked in a club where he played, I heard his music night after night. It never grew tedious in the slightest. The crowds swelled and by the end of that week, the likes of John Denver, Hunter S. Thompson and gasp, Willie Nelson, came in to hear Jesse.
This week, as tributes poured in from cities far and wide, colleagues and peers heaped praise on the body of work created by Jesse Winchester.
Along with his personal achievements, it is pleasing to note that his songs have been sung and recorded by a host of great people: Patti Page, Elvis Costello, Jimmy Buffet, Joan Baez, and Emmylou Harris to name a few.
He received a Lifetime Achievement Award from the America Society of Composers, Authors and Publishers in 2007. The Commercial Appeal in Memphis where his family was originally from eulogizes Jesse as, “One of music’s sweetest voices and most incisive songwriters.”
From those of us from the “cool blue north,” Jesse, we are honored that you came to be with us for a time.

Nothing But a Breeze 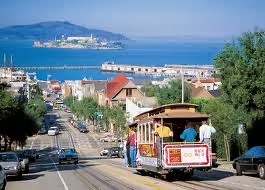 Keep it simple, stupid.
It is never nice to call someone stupid. The only person you may use this word on is yourself. Too much negative self talk may be crippling, but in terms of writing, this is a useful phrase. While living in the small town of Winters, California, I used to read the San Francisco Chronicle, delivered to my door every day. Under the delicious scent wafting from my orange trees and wisteria vines, I read the columnist, Herb Caen. It was he who informed me of the concept of K.I.S.S. American writers I admired, excelled at a spare, literary style which I loved. This concept, written on an index card on my desk, sits as a constant reminder to hone in on one theme.
Herb Caen wrote a daily column from 1938-1977. He walked through the streets of his adopted town. He popped into out of the way places. He drank in Irish bars and with his words, he showed me around his city, his dearly beloved, San Francisco. I learned from him. If you see white shoes in San Francisco, they are on the feet of a tourist. If you see a tweed jacket in July, it is on the back of a native.
From one of his columns:
“Pondering the imponderables, I walk along 11th street. It is twilight, my favorite time, dry with a hint of vermouth. I am in love with the city all over again.” 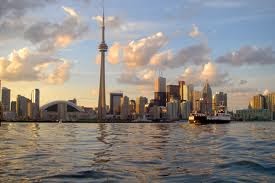 Simplicity eludes us all, from the clutter in our homes, to distractions of the mind. What is your novel about? You better have a very clear, and simple answer. While the temptation to launch into a long explanation of characters and what happens to them, you are better off narrowing the field to one word. Competition. That is the answer. Competition. That is what my novel in progress is about. Where does it take place? Toronto. It is the story of a young dreamer coming of age in a Canadian hockey family, defined by winning and losing.
In depicting the story of my early life, I focus on the highs and lows. I strive to keep it simple, and I describe my city, Toronto, emerging from stalwart bricks and stockyards, to a cosmopolitan center teeming with new citizens from every corner of the globe. It is a place so rich in restaurants, you could dine out every night of the year, never plumbing the depths. Yet in the days of my girlhood, it was a stretch to eat spaghetti with garlic bread. While I envied Herb Caen’s love of San Francisco, time, distance and geography have led to a nostalgic fondness for the cobblestone streets and Tudor houses of my youth. Thanks to a mayor who is a bumbling, laughing stock, Toronto has hit the world stage. Yet for the first time in my conscious memory, it is not described as Toronto, Canada. It is now Toronto, plain and simple. My city, while it may never have quite the cachet of San Francisco, has come of age at last. 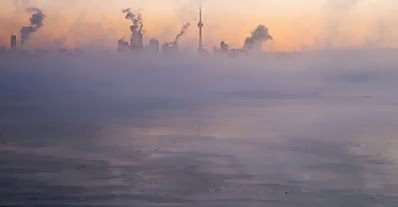 Strip away, strip away, scrape and sculpt, and then pad the bare spots. That is my formula for revision.
Strip away the trappings and you may find God’s truth. The old Shaker hymn tells us that it is, “a gift to be simple, a gift to be free, a gift to come down where we ought to be.”K.I.S.S. Keep it simple, smarty.