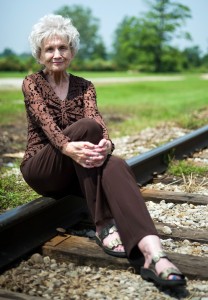 The Nobel Prize in Literature, for 2013, went to Canadian writer, Alice Munro. Rewarded for a staggering body of work, decades in the making, she has been hailed as the master of the short story form.

“Canadians are enormously proud of this remarkable accomplishment which is the culmination of a lifetime of brilliant writing.”

Born on July 10, in 1931, Ms. Munro grew up in the southwestern Ontario, in the town of Wingham. Being familiar with the territory and the landscape, I read with awe the collection of her work entitled, Selected Stories. These pieces are not so much read, as they are stepped into. One can picture the characters perfectly, but if you try to work back and figure out how the author achieved such clarity, it becomes elusive. She says the constant happiness of any writer is curiosity.

From the story entitled, Chaddeleys and Flemings

“Connection. That was what it was all about. The cousins were a show in themselves, but they provided a connection. A connection with the real, and prodigal, and dangerous world. They knew how to get on in it, they had made it take notice. They could command a classroom, a maternity ward, the public; they knew how to deal with taxi drivers and train conductors.

The other connection they provided, and my mother provided as well, was to England and history. It is a fact that Canadians of Scottish-which in Huron county we called Scotch-and Irish descent will tell you quite freely that their ancestors came out during the potato famine, with only the rags on their backs, or they were shepherds, agricultural laborers, poor landless people. But anyone whose ancestors came from England will have some story of black sheep, or younger sons, financial reverses, lost inheritances, elopements with unsuitable partners. There may be some such truth in this; conditions in Scotland and Ireland were such as to force wholesale emigration, while Englishmen may have chosen to leave home for more colorful, personal reasons.

So, you see, the stage is set.

Peter England, the permanent secretary of the Swedish Academy, said that Ms. Munro is capable of a “fantastic portrayal of human beings.”

Contributing writer to the New York Times, Julie Bosman chose this passage from Too Much Happiness:

“‘Always remember that when a man goes out of the room, he leaves everything in it behind,’ her friend Marie Mendelson told her. “When a woman goes out she carries everything that happened in the room along with her.”

It is passages such as these that leave us impressed. We are almost daunted by them. They fall into the ‘why did I not think of that before,’ category. It is like looking at a clever new invention and wondering why on earth you did not come up with that idea. Alice Munro’s style has always struck me as original. Does it reside in the now recognizable niche of topnotch Canadian fiction? Certainly. Will her stories stand the test of time? As well as Chekov’s have, I would venture to say. Will they be taught in Creative Writing classes? Yes. Will we be able to learn how to imitate them? No.

The form is not easy to write, nor is it the easiest to read. When done with skill, it makes every writer long to master the form, and every reader think it looks easy.