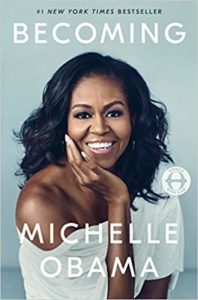 A Memoir for our Times

In the midst of my Christmas to-do list, I fell, face first, into Michelle Obama’s Becoming. Page after page fell away as I found myself transfixed. I could not stop reading, and I did not want the book to end. It puzzled me at first, how deeply ensconced I had become, and I wondered how Mrs. Obama had achieved this remarkable feat. After all, I knew the story. We all know her noteworthy climb from the south side of Chicago to the First Lady of the United States. We know the big events of the Obama years, yet the pace of her book felt akin to the most gripping of tales.

For one thing, I realized that I simply loved being in the presence of her thoughts. I loved her strength; it felt like one of those weighted blankets advertised for anxiety-something I would like to try but have yet to experience. By about the third day of reading in every spare moment and into the wee hours of the night, I began to understand that she truly represents the hopes and dreams of all of us. Her story is not one of a girl filled to the brim with stardust; she is more like the friend’s mother or the teacher or the camp counselor or the person somewhere along the line, who tells you how to set about getting where you want to go. She is practical and not afraid nor does she ever seem overwhelmed by the task at hand. To the contrary, she embraces every challenge with the belief that she can get over any hurdle. Her words inspired me and left me feeling very uplifted and optimistic.

Fighting discrimination at every turn makes her heroic in my eyes, but she doesn’t seem to see herself that way. She wrote that she is jokingly referred to as “Joe Public,” by her husband. She likes to stay abreast of popular culture more than she would rather follow the outrageous swings and dips of political fortune. These are the grounding attributes of her character to which we all relate. I, too, have to justify my magazine purchases sometimes, being somewhat of a “Joe Public,” myself. I guess it is worse in my case as I am Joe Public Idaho Housewife- a rarer bird than most these days. She writes of talking about her shoes with the Queen. I ate up every detail. Living in the White House cannot be easy, but she made it sound like fun.

As the pendulum is wont to do, we swung wildly in that dichotomy and living through it has been challenging. Hope springs eternal. That is the message of this beautiful book, but I would be selling it short if I gave readers the impression that this should be shelved in the self-help section. It belongs in the history section, but right up there with those who can articulate it best. She is quite simply, a remarkable writer and with each lively turn of phrase, I see her culture, her life, and her zest for living. I would not hesitate to give this as a gift to anyone: new friends, old friends, young people, older people, lost people, found people, in short everyone. The universal appeal is the book’s greatest strength. President Obama put it at the top of his reading list for 2018, and though I have trouble quantifying the books that I love, it would certainly put it in the top tier. 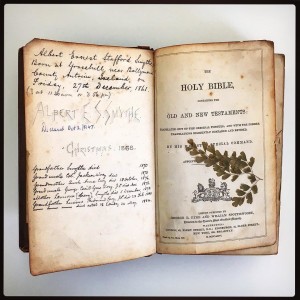 Spring is arriving on Windy Bay and not without drama. The water is high, and docks are floating every which way, untethered and adrift. I have been thinking about the role of chance in our lives and our stories. When do we feel the gentle hand of fate touching our shoulder? What do we do when that happens? Run and hide, or take a few gingerly steps into the unknown?

This train of thought began on St. Patrick’s Day when I glanced at an Instagram post from my nephew, Tommy Smythe. He captured the title page of a Bible belonging to his great-great-grandfather who braved the seas and sailed for the new world. His first attempt was foiled. In his own hand, Albert Ernest Stafford Smythe, my great-grandfather wrote these words:

“This Bible is the only possession saved from the shipwreck of E.J.Harland on the 19th of November 1861.”

Hit by a two-ton steamer named Lake Champlain, Captain Smylie went down with his ship; the rest were transferred to the offending vessel and ended up back in Liverpool. This voyage took place when my great-grandfather was a young man of eighteen years of age. He lost his cherished mother the year before. In spite of ending up with nothing to his name, save a Bible, he was not deterred. 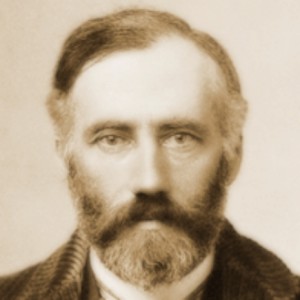 On his second voyage, he met a man who was to change his life. On his way back to America from India, William Q. Judge, co-founder of the early Theosophist movement along with H.P. Blavatsky and Henry S. Olcott, had plenty of words of wisdom for his fellow ship-mates. Born in Ireland, April 13, 1851, Judge was now in full understanding of humanity’s great need for a new perspective on both itself and the universe.

Here is Albert E.S. Smythe’s shipboard assessment of the man:

“Judge was the master of ordinary conditions and could get honey out of the merest weed. He walked the decks with those in need of a companion, he played cards, except on Sunday when he drew the line, he played quoits, and he chatted.” The Canadian Theosophist, April 1939.

In our modern viewpoint, the word karma is part of our lives. We often joke about it, misuse the term, or think of it either lightly, or having to do with a sense of just desserts. In the later part of the 1800’s, when the concept was still in need of illuminating, Judge told the story of an Eastern King who had spawned but one son.

“And this son committed a deed, the penalty of which was that he should be killed by a great stone thrown upon him. But it was seen that this would not repair the wrong, nor give the offender the chance to become a better man. The counselors of the king advised that the stone should be broken into smaller pieces and thrown at the son and at his children and grandchildren as they were able to bear it. It was so done, and all were in some sense sufferers, yet none were destroyed.”
The Path 1892. From Sunrise Magazine, December 1996/ January 1997, copyright Theosophical University Press.

Chance. A chance encounter aboard a ship carrying my great grandfather to the new world changed the trajectory of our lives. What if the first ship, the fully rigged E.J. Harland, had not foundered? What if Albert E.S. Smythe had landed in New York, with his Bible and other possessions intact. While I do not recall hearing the tale of the Eastern King, I do know that it was made very clear to all of us that we were to understand one simple teaching: “Yea as you sew, surely do you reap.”

My fate changed for good when I chanced to find a ski lodge in Aspen where I met my future husband. Had I not stopped in to see if there was a vacancy, I certainly would not be where I am today, here on Windy Bay, with docks knocking on the edge of the shore. I’ll always be glad that when chance came knocking, I knew what to do. 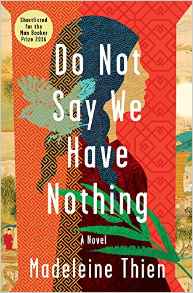 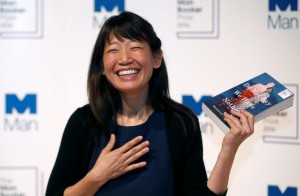