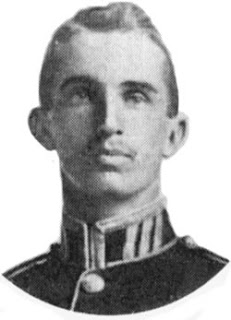 The famous poem written by Lieutenant Colonel John McCrae, penned as a memorial for his slain friend, Alexis Helmer, pictured above, captures the essence of sacrifice. The chilling poem grew to symbolize World War One itself. School children in Canada were tasked with memorizing it, and reciting it at the eleventh hour, on the eleventh day, of the eleventh month. This year, as we remember the fallen, we know that they are all together now; there are no living survivors of what is often called, ‘The Great War.’
It was supposed to be the war to end all wars. As my great grandfather was a committed pacifist, we can only surmise how difficult it must have been for him to see his only son go off to war. Fortunately, we have access to the letter he wrote expressing his thoughts:
The World Office,
Tuesday 1st February, 1916
My dear boy, I suppose you find it hard to think of yourself twenty-one years ago, but the dear little chap who used to love me so much and put his arms around my neck, and climb up on my knee, and play ball and do all the other little things which you won’t think anything of until you have children of your own, are all on my mind. Well dearie, you are a man now and your own master as I have always tried to have you be. I may not have done as well by you as I hoped, but you are all I could wish in the main things, clean, truthful, brave and generous. I think you will have enough regard for the old days to keep these things in your heart all your life.
You are going on a high quest now, not for yourself but for all the world. I have never bothered you much with religion, but I want you to feel that you are at all times in the care of the Master and that He will be with you in times of difficulty or danger. Even though you stand in the shadow of death you need fear no evil for He will be with you if your heart is turned to Him.
The war has interfered with many plans I had for you. You are going to England but not as I expected. I do not know what another year may bring, but we are all in the hands of the Eternal. I hope you won’t think of this as a sermon or a screed. It is just a loving word from your old Daddy to wish you all the best things in the world, and to kiss you goodbye as you go away and leave all the old times behind forever. Don’t forget, no one will ever love you better than I do. It makes me all the sorrier that I have such a poor way of showing it.
God bless you dear, now and always.
Love, my dear boy, Your loving Daddy
By the grace of God my grandfather lived and came home to raise a family. A recent book, released in Canada last week, depicted many of his experiences in the war. He was at all four major battles: Ypres, the Somme, Passchendale, and Vimy Ridge. He was also a fly boy, and in this book, I saw a photo of him in his leather coat, leather hat and goggles. At one point, his plane was shot down and even though he was wounded, he managed to land it in an obliging field. He said it fell in circles as a leaf comes down from a tree.
His gunner tapped him on the shoulder and asked, “What is going to happen?”
He said, “You and I have had a lot of arguments about religion Wardsy, and in about forty seconds, we will find out who is right.”
Conn Smythe in flight gear. 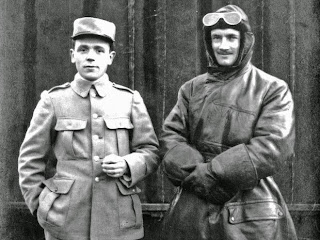 Mercifully, they managed to land and as they scrambled out of the plane, they saw a man waiving to them frantically. Feeling they were about to be rescued, they headed for him only to learn to their horror that it was a German. He pointed his gun at my grandfather’s chest and pulled the trigger, twice at point blank range. Luckily, the soldier missed and my grandfather later told us that it was the force of his wrath and will that somehow steered the bullets into his coat, passing him by completely. After this brush with death, he was taken prisoner and later escaped. Eventually captured, he had to spend the rest of the war in solitary confinement.
To read of all these tales so many years later, to learn of the horrific carnage, and see photo’s of his old friends and teammates from home, many of whom did not return, makes me so cognizant of the merest thread separating us all from life and death.
We have not lost sight of all the brave Canadians who died so far away from home. We pause in silence this Armistice Day, at eleven am on 11/11/ to remember all the fallen on all sides, and pray, as always, for a real, lasting and enduring peace.

In Flanders fields the poppies blow
Between the crosses, row on row,
That mark our place: and in the sky
The larks still bravely singing fly
Scarce heard amid the guns below.
We are the dead: Short days ago,
We lived, felt dawn, saw sunset glow,
Loved and were loved: and now we lie
In Flanders fields!
Take up our quarrel with the foe
To you, from failing hands, we throw
The torch: be yours to hold it high
If ye break faith with us who die,
We shall not sleep, though poppies grow
In Flanders fields 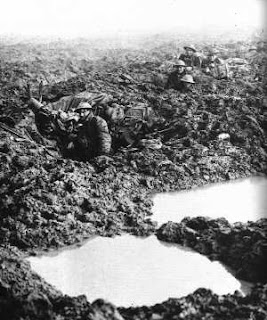